Meretz UK is a membership-led organisation that is part of the worldwide Meretz Movement. It represents a platform of social democracy, civil libertarianism, environmental issues, progressive labour Zionism, gender equality, LGBT issues, peace and secularism – while defending the rights of religious women and religious minorities.

Our group propagates issues concerning Israel, Palestine, as well as the UK, via educational and cultural events, news-updates, educational visits, campaigning, book launches and film screenings, the latter together with Spiro Ark. In the past, Meretz UK has also run Hebrew and Arabic classes. Besides this website, we run an active Facebook page which is updated daily with news from Israel, the Middle East and the UK; and listings of events, both our own or from ideologically aligned Jewish groups. Note also our Twitter page and Linked-In Page.

The parent Meretz Party of Israel is an amalgamation of earlier movements, which include the former movements Ratz headed by Shulamit Aloni (Israeli Civil Rights Movement), MAPAM (United Workers Party), Shinui (Change Party), and the early 20th century Poale Zion (Workers of Zion). Some former and current members of Peace Now were and are also members of Meretz. It is affiliated with the HaShomer HaTzair movement.

In the elections of 23 March 2021 Meretz doubled the number of seats it held in the Israeli parliament, or Knesset, from three gained in the previous election to six. These MKs are, in order of their appearance in the party list: Nitzan Horowitz (party leader), Tamar Zandberg (pictured below), Yair Golan, Ghaida Rinawie Zoabi, Issawi Frej and Mossi Raz. 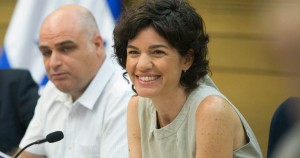 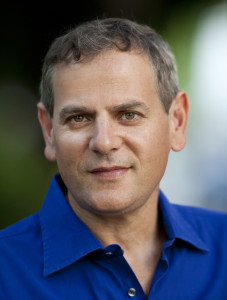 During her fifteen-month term as leader, Zandberg retained her seat at the head of the Meretz list in general elections held on 9 April 2019. In those polls Meretz declined from five to four seats, though the new cohort – chosen from a list directly elected in open primaries by party members – was praised for its quality and diversity. Zandberg took over as party leader from Zehava Gal-On, who had served in that role since February 2012. The three other elected MKs were Ilan Gilon, Michal Rozin and Issawi Freij.

Meretz won three MKs in each of two subsequent elections – on 17 September 2019 and on 2 March 2020. In the second of those polls Meretz was running as part of a three-party coalition together with Labour and Gesher.

The Meretz party of Israel is a progressive left and moderate Zionist organisation, accepting the right of a Jewish homeland called Israel, although its vision of that state is significantly different from the structure of Israel today. The Meretz movement in Israel and worldwide sees Palestinian Israelis as equals, and fully supports a Palestinian independent state.

Two of the current tranche of six Meretz MKs are Palestinian citizens of Israel: Ghaida Rinawie Zoabi (pictured) who makes her debut appearance in the Knesset, and the older, previously serving MK, Issawi Frej. In fact Meretz brought the first Palestinian Israeli women Hussniya Jabara into the Knesset in 1999. 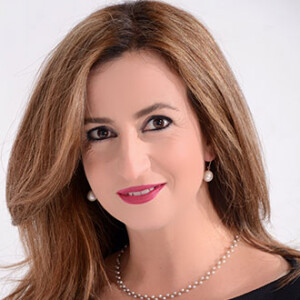 Furthermore, Yossi Beilin, who was party leader 2004-8, was pivotal to the Oslo negotiations and the Geneva Initiative. In 2009 Meretz MK (and now party leader) Nitzan Horowitz became the only openly gay member of parliament MK in Israel. His two colleagues, also bastions of moral integrity in the Knesset, were the then-party leader Jumas Haim Oron and Ilan Gilon.

In the 2013 elections Meretz saw its number of Knesset representatives double to six. The team was led by Zahava Gal-On, whose fearless battle for human rights and championing of the need for a peaceful resolution to the Israeli-Palestinian dispute have won her respect even from political foes. Zahava’s five partners were Nitzan Horowitz, Ilan Gilon, Tamar Zandberg, academic and social protest activist, Issawi Freij, Palestinian Israeli lawyer from Kafr Qasm, and Michal Rozin, a campaigner for equality in employment and human rights who won the Israeli Democracy Institute’s Outstanding Parliamentarian Award for 2013.

Yossi Sarid, party leader 1996-2003 and leader of the opposition 2001-2003, was well known as a prolific columnist for the Israeli daily Ha’aretz. Special mention must go to Shulamit Aloni who helped found Meretz in 1992 and led the party to an impressive tally of 12 seats in that year’s election. Sadly she died in January 2014 and we ran a special tribute here.

Meretz UK also upkeeps a direct link with the Israeli party as well as with other movements around the world. Meretz UK is also part of the Socialist International and Progressive Alliance. Meretz UK is a member of the Stop Climate Change Coalition and supports Fairtrade and green cleaning products.

A copy of the Meretz UK Constitution is available on request!