Churchill and the Jews – with Richard Cohen

Winston Churchill and the Jews

– revelations about the past, lessons for the present

“A riddle, wrapped in a mystery, inside an enigma” – that is how Sir Winston Churchill famously described the Soviet Union in 1939. But eighty years after that quote, what is the key to understanding the man himself, and in particular his feelings about Jews?

Richard Cohen was called to the bar at Middle Temple in 1977, was admitted as a solicitor in 1984, and after working in various firms, including as partner, he is now a consultant solicitor in Ilford. He was also a  District Councillor in Epping and is former chairman and senior warden of Loughton Synagogue. A long-time Rotarian, he is a member of the Board of Deputies, the Council of Christians and Jews, and Faith Matters. Most recently he became chair of the Jewish Historical Society of England Essex Branch.

Besides these pursuits, Richard is a devoted part-time historian and archival researcher. Over the years he has lectured on Churchill, Disraeli, the history of Israel, the story of Sir Jack Cohen and TESCO, and numerous other subjects at venues including Limmud, London Rotary Club, Talk Radio Europe, Bushey Sage, a branch of the Association of Americans and Canadians in Israel, and Edgware United Synagogue. 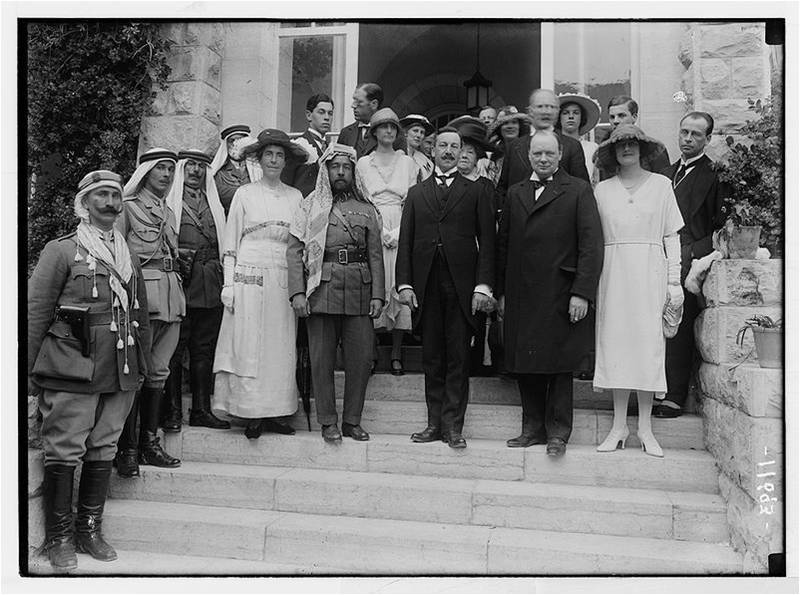 Winston Churchill, Hebert Samuel and Abdullah I of Jordan in Jerusalem, 1921. Photo: Wikimedia

Richard started his theatrical career with a fine performance in 2016 as Leopold Amery in Ronald Harwood’s ‘An English Tragedy’; he followed that with the role of Bishop How in ‘The Elephant Man’ in 2018; and will soon play Admiral Bertram Ramsay in ‘Pressure’ – all with LADS, the London Amateur Dramatics Society.